Mary Clarke was a prominent North Carolinian who went on to have a successful career as an author and poet, but in this account wrote for a journal in New York, The Old Guard, about her and others’ experience with Union General William Sherman when he came to Raleigh.  Clarke wrote the account in 1866, but the time she was referring to was April 1865.  Clarke believed that Raleigh women owed it to their brethren in Fayetteville and Columbia to continue resistance, who had it much worse, if it only meant in hiding valuables to keep away from Union soldiers.  However, Clarke also wrote of how some women armed themselves, in hope of shooting a Yankee with a pistol.  But Clarke reiterated her feelings for Sherman and his men, and it was similar to most in the South.  Clarke believed the destructive and raiding tactics carried out by Sherman and his men were wrong and that Sherman, “had not the first conception of civilized warfare.”  Other local women in Raleigh resisted the Union by not partaking in the coffee sent by Union General Oliver Howard, a way of passive resistance, even though coffee was a favorite of the women.  One of the more defiant acts was how the college women at St. Mary’s closed their curtains to not view the raising of the Union flag every morning.  Although instances of passive resistance, these women demonstrated how Sherman’s men did not destroy these women’s will to resist.

By three o’clock in the morning we had bid adieu to every Confederate soldier, and instead of going to be, we retired to dress for the “sacking of the town.”

“I mean to put on every white skirt I have,” exclaimed one lady, “for the Yankees tore up all the ladies’ and childrens’ clothes in Fayetteville, and as I don’t know when I shall get any more, I will keep these, if possible.”

To have heard them, no one would have supposed them unprotected females, preparing to save what they could from a lawless soldiery.  They were more like school-girls dressing for a masquerade.  Stockings, collars, pocket-handkerchiefs, and all small articles were hung on hoop-skirts, and artistically fastened with pins, so that they should not drop off at unexpected times, and two days after, a lady in the street raising her skirt to pass a muddy spot, displayed unconsciously a whole wardrobe thus secured, which she had not felt sufficient confidence in the honor of General Sherman to restore to here drawers.

We had been for a whole week, like an immense flock of magpies, hiding and burying our valuables; but now we were dressing to support the dignity of the Southern Confederacy, in the absence of our fathers, brothers, husbands, and lovers; and right nobly did we “swell” for the occasion.  Two at least of each article of underclothing was put on, beside the loaded hoops, and when dressed obstinately refused to meet over those “double tides,” we pinned them together, and covered all deficiencies with our cloaks, religiously martyrizing ourselves until bed-time next night, by carrying around half our wardrobes, and wearing our cloaks, furs, and hats, that we might not be in forlorn condition of our Fayetteville friends, who were literally left with nothing but what they had on; and, not having taken precautions similar to ours, had not a change of clothing.

It was laughable, when the danger was over, to see the unearthing and bring to light of the hidden and buried articles,  One young lady had carefully buried her best bonnet, to find it, after lying a week in the grave a perfect paste; another threw her silver down a well, and a third planted her spoons and forks in a parsnip bed, fortunately discovered a soldier in the act of pulling up the parsnips.  The politeness with which she offered to give him some “much better than those ,” and the suavity with which she seduced him from the garden to her store-room door, was amusing to those who knew the reason.

Another lady quilted four dozen forks and spoons into a petticoat which she wore day and night, while diamond rings, and wedding rings, breast pins and bracelets, were sewed into the wassing of dresses and under-bodies.

“Your diamonds will certainly be the things nearest to your heart when the Yankees come in,” said a Confederate officer to a lady whom he saw employed in thus securing her jewelry. Literally nearer than husband or child.”

Many forgot where they had secreted articles, and some to this day have never discovered them; others called in the assistance of the “bummers,” who, by order of their officers, in a very short time discovered the “cashe.”

Most of the ladies carried pistols, resolved to kill at least one man in defense of their jewelry.

All agreed to offer but passive resistance to the destruction of household furniture, provisions, books, clothing &c.; we determined to bear the knowing in of barrels of sorghum over our parlor carpets, the ripping open of beds, to be stirred into the mess with lard, meat, oil, spirits of turpentine, and everything else that came to hand’ for we knew this was a favorite amusement of Sherman’s brave soldiers.  Had not our sisters, cousins, and friends, borned more?  Yes-their ear-rings had been torn violently from their ears, their wedding rings taken forcibly form their fingers, and their broaches snatched from their bosoms.  It was here that we decided to resist with the determination of lionesses.

Whether we should have been transformed in the presence of the danger, was never prove, for as a general rule, our tongues were the only weapons we had the occasion to use.  Nothing could be more perfect and thorough than the discipline of General Sherman’s army, when chose it should be so; and the conduct of his men in Raleigh was

Of the falsehood of the assertion so often made by his officers, that the diabolical outrages committed by the Federal army in Columbia, Fayetteville, and other towns, as well as in their whole line of the march, could not be prevented.

Savage Sherman will forever stand in the estimation of Southern people beside Beast Butler, and Austrian Hayneau; he had not the first conception of civilized warfare, and allowed his soldiers to vent the spleen he could not pour out on General Johnston , on the defenseless women and children who had the misfortune to come within their reach.  He verified his motto, “WAR IS ESSENTIALLY CRUEL,” and openly avowed that he did war upon women and children; justifying his conduct by saying the South could never be conquered until the spirit of its women was broken.  “I will destroy your homes, desolate your country, starve your children, and if necessary, hang your women,” was his language to the wife on who had been his brother officer and friend.  It was not the plunder of his soldiers which has placed Gen. Sherman in the unenviable position he will estimation of Southereners-that was expected; but it is the firm conviction that the wanton destruction which marked his war path like that of the savage, was part of his system, and done by his orders, which has rendered him the object of deep, bitter, and burning hatred wherever he has gone.  There is not a particle of this feeling towards General Grant; he is regarded as an enemy to the South, but as honorable, civilized one, whom, when the “passion of contest” is over can greet as an equal.  But, Gen., Wade Hampton spoke the sentiments of his countrymen towards Sherman, as well as Kilpatrick, when he refused to take the proffered hand of the latter, asking “how he dared offer his hand, red with the blood of his countrymen, and black with the ashes of their bones, to any southerner.”

. . . . Johnston’s surrender followed Lee’s, and we felt that for the rest of our lives we must either live under Yankee rule or abandon our homes.  Gladly would we have given up all houses, furniture, clothing and jewelry for the privilege of struggling on.  But it could not be, we were under the iron heel, and  submission was all that was left us; and right nobly and royally have the people of the South submitted to what they feel is inevitable.  Holding firmly to the political creed of their forefathers in 1776 and 1787, that the right of all government is based on the consent of the governed, they seceded from the Union they had agreed to with the northern states and boldly took up arms in defense in what they then and now believe to be their rights.  By noble deeds of valor on many a hard fought field, and as noble acts of self-denial in thousand of homes, they have given proof of the sincerity of their declarations, and the earnestness of their purpose.  After four years of unavailing war, they agreed with their leaders and brothers in arms that the time had come to lay down the sword and return to their desolate homes.  As men of honor should, they contended to the last for what they believed to be their right; failing, they yielded, and being men of honor, will abide by their terms of surrender. . . .

. . . . Gen. Howard was camped in the grove of St. Mary’s school, and knowing coffee to be a great luxury, politely sent a bucket full of it with his compliments to the young ladies of the school.  They knew that the principal would not allow them to return it, but not one of them would taste, though there was nothing they desired more except candy.  Every morning when the United States flag was raised, they rushed to the windows and drew the curtain, that they might not look upon it.  Had no notice been taken of this demonstration they would have soon tired of it, but Gen. Howard gladden their hearts by making them martyrs of their cause.  He sent in word to the principal that unless all such expression of dislike to the United States flag were stopped he would close the school. . . . 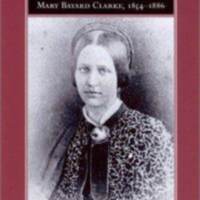