In the case of State v Caesar Caesar, a slave killed a white man in an attempt to defend his friend from being beaten by a group of white men. Initially he was found guilty of murder, but the Supreme Circuit court overturned the decision and allowed him to have a new trial. The outcome, however, is irrelevant. The opinions define the importance of the case, the opinion of Justice Nash in particular. In it he cites the Gaston cases of Sate v Will and State v Jarrott, and agrees with Gaston in the advancement of slave rights. 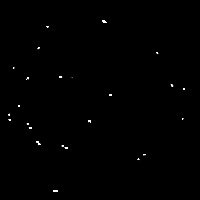