In the infamous Dred Scott decision the United States Supreme Court declared, in essence, that the status of slave-hood does not end upon crossing into a free state. While they were of the minority opinion, and sole dissenters, their opinions are much more interesting. In their opinions, they cite the Gaston case of State v Manuel. In that dissent they drew upon Gastonâ€™s ideas of citizenship and its relation to freemen. Curtis and McLean relate this to their case declaring that oneâ€™s citizenship is not within oneâ€™s state, but in the United States. 618

- - - - - - - - - - - - End Footnotes- - - - - - - - - - - - - -
[**785] It must be remembered also, as has been already stated, that [***490] not only was there a confident expectation entertained by the [*608] other States, that North Carolina and Georgia would complete the plan already so far executed by New York, Virginia, Massachusetts, Connecticut, and South Carolina, but that the opinion was in no small degree prevalent, that the just title to this "back country," as it was termed, had vested in the United States by the treaty of peace, and could not rightfully be claimed by any individual State.
There is another consideration applicable to this part of the subject, and entitled, in my judgment, to great weight.
The Congress of the Confederation had assumed the power not only to dispose of the lands ceded, but to institute Governments and make laws for their inhabitants. In other words, they had proceeded to act under the cession, which, as we have seen, was as well of the jurisdiction as of the soil. This ordinance was passed on the 13th of July, 1787. The Convention for framing the Constitution was then in session at Philadelphia. The proof is direct and decisive, that it was known to the Convention.6 It is equally clear that it was admitted and understood not to be within the legitimate powers of the [***491] Confederation to pass this ordinance. (Jefferson's Works, vol. 9, pp. 251, 276; Federalist, Nos. 38, 43.) 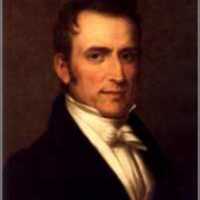