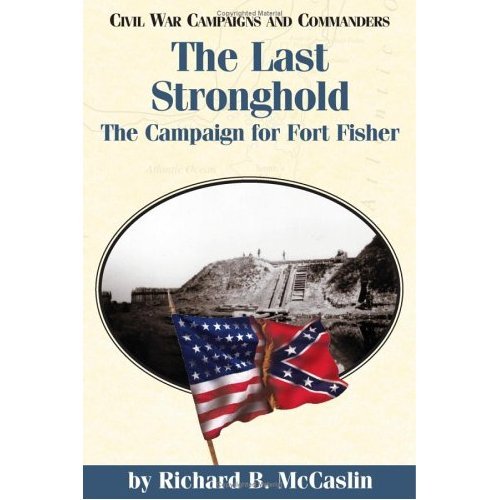 By the beginning of the Civil War, the Confederacy was very much a collection of states with agrarian economies. While the agriculturally based economy of the South provided some benefits, the lack of any organized industry proved to be a significant hindrance to the Confederate war effort. Indeed, the lack of industry in the South forced the Confederacy to rely heavily on imports to sustain their armies, making the utilization and defense of ports an essential aspect of the war. (McCaslin 2003, 15) Geography, it seemed, destined Wilmington, North Carolina to play a major role in the war. Located some 225 miles due south of Richmond, Virginia, the Wilmington and Weldon Railroad provided direct access of goods to both the Confederate capital and the warfront (Robinson 1998, 15), serving as the chief supply route for the Army of Northern Virginia under the command of Robert E. Lee. (McCaslin 2003, 14) Located 28 miles up the Cape Fear River, Wilmington was well protected from the patrols of offshore Union warships (McCaslin 2003, 14) with access by two inlets and a 25 mile long stretch of shallows known as Frying Pan Shoals forcing the Union Navy to patrol in a fifty mile arc, making the Union blockade easy to bypass, (Gragg 1991, 12).  These natural defenses served to make the port a favored safe haven for blockade runners bringing goods from British ports in Bermuda and the Bahamas to the struggling Confederacy. (Robinson 1998, 15) New Inlet, an entrance to the Cape Fear River, could be easily negotiated by light and medium-draft vessels, making it a preferred route for blockade runners. However, it was essential to fortify the point with a beacon for vessels and heavy artillery to protect Wilmington and keep Union gunboats at a safe distance. (Robinson, 1998, 27) The fortification of the point took form as Fort Fisher, the key to the Confederate defense of the Cape Fear River and the port at Wilmington. (McCaslin 2003, 22)

When Colonel William Lamb assumed command of the garrison at Fort Fisher on July 4, 1862, he was determined to turn the relatively rundown and disorganized collection of earthworks that then comprised Fort Fisher into a substantive and secure fortification. (McCaslin 2003, 26) Fort Fisher was located some 18 miles south of Wilmington and straddled a piece of land known as Confederate Point, a long peninsula stretching between the Atlantic Ocean and the Cape Fear River. (Gragg 1991, 3) Built in the shape of an upside down L, the defenses of Fort Fisher stretched across Confederate Point from the banks of the river to the shores of the ocean, covering nearly half a mile on the land face before turning and stretching for a mile down the sea face. (Gragg 1991, 18) However, when Colonel Lamb assumed command in July of 1862, the fortifications where not nearly adequate. In the words of Lamb “it was composed of several detached earthworks, mounting four guns with only one heavy gun in the works.” (Robinson 1998, 31) Lamb was determined to reshape the crumbling fortress into a “work of such magnitude that it could withstand the heaviest fire of any guns in the American Navy” (Robinson 1998, 32) and he set about to accomplish just that, sometimes directing as many as a thousand soldiers and slaves each day in the task of enlarging and strengthening Fort Fisher. (McCaslin 2003, 28) Due to the diligence and hard work of Colonel Lamb, the garrison soldiers, and slaves, Fort Fisher was transformed into a truly remarkable fortification. The land face of the fort sported a line of sixteen traverses, giant earthen mounds hollowed out to form bomb-proofs to shelter soldiers during an artillery bombardment and munitions magazines. (Gragg 1991, 19) The traverses were connected by passageways, with raised platforms between the earthworks holding the twenty pieces of heavy artillery equipment designed to protect the landward approaches to Fort Fisher. (McCaslin 2003, 29) The sea face of the fort was essentially a duplicate of the land face in design, albeit almost half a mile longer and housing twenty four pieces of artillery with which to fire on approaching vessels. (McCaslin 2002, 30) While the massive line of earthworks were impressive enough, the most imposing feature of the defenses was the Mound Battery, a sixty foot tall earthwork that served as the anchor for the southern end of the sea face and housed two massive artillery cannons and a beacon to guide blockade runners in the dead of night. (McCaslin 2003, 32) While the entirety of Fort Fisher was bristling with weaponry and presented a nearly indomitable obstacle to would be attackers, the land face of the fort was considered to be the chief vulnerability of the defenses. (Robinson 1998, 3) In an attempt to alleviate this vulnerability and guard against an enemy ground assault, Colonel Lamb had the land face protected with one of the newest technologies of the war: an electronically detonated minefield triggered by connecting wires from the mines to a battery inside the fort. (Gragg 1991, 21) While he had inherited a rundown and inadequate fortification with his command of Fort Fisher in July of 1892, by the beginning of the Union assault in December of 1864 Colonel Lamb had transformed Fort Fisher into the largest earthwork in the world, housing over four dozen pieces of heavy artillery and serving as the cornerstone of the defenses of Wilmington. (McCaslin 2003, 35)