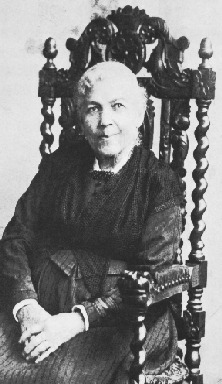 Harriet Jacobs is one of the most famous African-American slaves during the time of the Civil War. She is famous for several reasons. Most notably, she wrote her own autobiography documenting the experiences of her life as a slave in North Carolina during the antebellum period of the United States. This autobiography offers historians and all those interested in slavery and the Civil War new perspectives that exceed any written work before it. She provides the unique perspective of a woman born into slavery, a woman traded from owner to owner, a woman who escaped slavery, and, most importantly for this essay, a woman who had the utmost faith in God that he would be her rescuer from the life that she was born into and would undoubtedly stay for the remainder of her life.

She was a woman a true bravery and virtue. She was a woman that refused to accept the fact that she and her family would remain slaves until they died. Faced with countless obstacles from the time of her birth to the time of her freedom and even to the time of her death, Harriet Jacobs exemplifies the determined Christian slave that would take whatever means necessary to gain freedom for herself and her family. This essay will provide a solid background for the life of the famous North Carolinian slave[1] and it will focus on her strong relationship with her Lord and Savior. The majority of my information will come from three sources. They are as follows: Harriet Jacobs’s autobiography Incidents in the Life of a Slave Girl, a biography written by the most famous Harriet Jacobs scholar, Jean Fagan Yellin, entitled Harriet Jacobs: A Life, and the fascinating research that Jean Fagan Yellin discovered and ultimately proved the authenticity of Jacobs’s autobiography, The Harriet Jacobs Family Papers. Using the biography written by Yellin as additionally and supplemental information, I will use the primary sources as my key sources of information due to the fact that they were written by Harriet Jacobs herself. This essay will focus mainly on the strong Christian faith that helped Harriet Jacobs reach her freedom from a seemingly inevitable future of slavery. I maintain that Harriet Jacobs displayed a faith that can never be beaten, a faith in her God. She placed God at the center of her life and looked to him for relief and rescue in whatever situation that she came across.  She understood what types of things would help her advance in the world before the Civil War and which things would give her the best chance of reaching freedom for herself and her family.

[1] I feel that an understanding of her life’s experiences is extremely valuable in appreciating the unshaken faith that she exhibited for her entire life. A background provides a great foundation and lets the reading delve into a deeper understanding of who the discussion is really about and what their life was like.