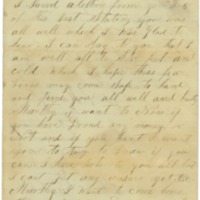 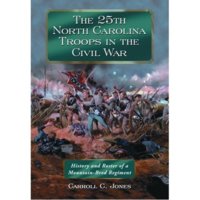 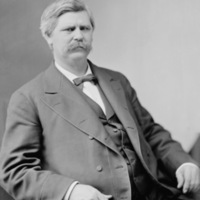 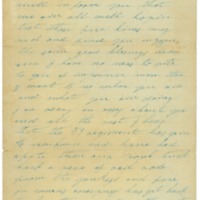 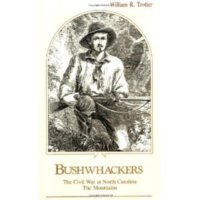 The American Civil War proved to be a trying time in our nation’s history, and took a toll on the southern region in particular. Confederate soldiers in Western North Carolina endured endless accounts of mental and physical abuse, and were constantly plagued with guilt for leaving being their families and farms that depended on them for survival. Not only were these men manipulated and dragged into military service, the government that forced them to do so fell short in supplying military equipment and payment for their time in the forces.  As a result, desertion rates in the mountain region of North Carolina grew rapidly, as did the punishments that came as a consequence of this action. Due to the fact that daily life for a Confederate soldier was beleaguered with worries from home, inhumane living situations, as well as constant reminders that they were fighting for a cause that was not their own, it seems as though desertion in the mountain region of North Carolina was inevitable.

For Confederate soldiers in Western North Carolina, leaving ones family behind for battle became extremely difficult, and proved to be a trying experience while receiving letters from the home front. In a personal account of Confederate life in the army, William Dickson Carr writes to several members of his family, and gives the reader a feel for the struggles a soldier endured. In letters to his mother, Carr describes the horrors of being forced to stay away all night while having nothing to lie on but a gun, and speaks of countless episodes of sickness he undergoes.[1] Carr recounts the pain of having a cold, cough, diarrhea, typhoid pneumonia, and the mumps during this period, and apologizes to his mother that he has been far too sick to write to her. As if the situation could have gotten worse, Carr continues in later letters to describe how he and others in his troop slept in the cold rain for days, and had nothing to eat but scraps of raw meat[2].  One exchange in particular between Carr and his mother stands out, when he pleads with her in saying “Mother this has been a cruel war. I don’t like to be troublesome but if you have an opportunity I would be glad you would send me a box of something to eat. Our fare is pretty rough.” The desperation and hunger this man is feeling can be seen when he resorts to asking his family, whom he knows is suffering without his presence at home, to provide him with what meager rations they can[3]. Through the exchange of letters, and being forced to relive his experience in writing, Carr and others found life in the Confederate army far more difficult.

In Carr’s account, it’s also apparent that he worries for the well-being of both his family, as well as the state of his crops. Carr writes the same statements again and again: Why haven’t you written, I hope to hear from you soon, you haven’t written back, etc[4]. Through these lines of desperation, it’s clear that Carr and others were persistently waiting to receive news from home, in the hopes that things were still going satisfactory. He is continually writing about the state of the family’s finances, and strives to account for every meager cent he receives from the Confederate army. During April of 1863, Carr’s worries to his mother are centered on the state of his livestock and crops back home.  “I am afraid my corn is getting scarce, and the pigs don’t get regular attention. When will you plant the potatoes?”[5] These questions and others to his family portray a worried man who is in a state of tension about the condition in which he left his home. The longer the period goes between letters from home, Carr’s qualms become more intense in his writing, and his concerns about the state of the war become few. Confederate soldiers in Western North Carolina soon found they were forced to decide if Southern independence was worth the effort if their families were starving, which for vast amounts of men in this area, the answer was no.

Through the examination of Confederate personal accounts, it’s also shown that bushwhackers and bands of deserters caused immense turmoil for soldiers away from home. Not only were these men fighting against the Union, hunger, and the cold, they were also faced with bandits back home who were continuously attacking their families out of desperation. Once individuals had either abandoned the war effort or avoided the conscript altogether, they were faced with the reality that the home front couldn’t sustain them[6]. In order to gain protection and to have a means of providing for themselves, Confederate deserters often banned together, which resulted in bushwhacking, as well as attacking families[7]. Ironically, desertion gangs that became bandits caused even more abandonment in the Confederate army by soldiers who were trying to protect their families from these rebellious individuals[8]. The seriousness of this situation gained magnitude due to the fact that those who were deserting or avoiding the conscript would take their weapons with them, thus were both desperate and armed[9]. In a letter between Walter Lenoir and a family member dated August 13th 1863, the horror of armed bushwhackers is described in an account of an attack on a neighbor:

“There is a band of robbers & villains who are constantly plundering the people in the night, when resolute and prepared they succeed in driving them off, but a man is occasionally killed on either side. Some ten days ago they attacked the house of Paul Farthing-his brother Young being there. They resisted and fired upon them out of the house & a skirmish ensued. Thomas Farthing heard the firing from his house and hurried over with his gun but unfortunately discovered & fired upon by a guard stationed on the road side-two balls passing through his heart”[10]

The letter continues in saying how this band of bushwhackers continued down the road to rob another family of around $500 worth of merchandise and goods, and alludes to the fact that she fears the worst for her family[11]. For Lenoir, it must have been gut-wrenching to hear of those you know and love being attacked by former soldiers you had once fought alongside. One Confederate officer’s comments on bushwhackers and bands of deserter’s shows the degree of strength and anger these men had built up in saying “These men are not only determined to kill in avoiding apprehension, but their esprit de corps extends to killing in revenge as well as in prevention of the capture of each other”[12]. This account captures the desperation of those that deserted, and it would not have been above them to murder the innocent families of Confederate soldiers still away at war. Family and friends were most definitely more important to these men than the fight against the Union; therefore, confederate desertion in the mountain region of North Carolina where attacks such as this were happening should have been expected, so as they could defend those they loved.

By observing personal accounts from other soldiers like Carr, it becomes clear that families played a crucial role in a soldier’s decision to leave their post.  In a conversation between John Futch and his mother, the desperation of the home front is felt. Futch’s mother speaks about the rising prices of everyday items such as corn and baking powder, and tells her son that the planting season has begun[13].  By knowing that your mother, wife, children, and others are struggling with making ends meet, as well as having enough funds to provide basic necessities to keep them healthy, the minds of those like Futch and Carr were clearly in a different place. Futch’s response letter creates the image of a young soldier in the snow that was longing to return to his family. To his wife, Futch says “Marthy, I want to come home the worse I ever did in my life. I am very uneasy about you”[14]. Wives stated that their young daughters and sons cried out from hunger pains and sickness from lack of nourishment. It was extremely difficult for a soldier to remain in his assigned post with constant reminders of how much his family needed him, so hard in fact, that Governor Vance began to stress to families to avoid including personal troubles in letters to their soldiers. The Governor responded to the State on the issue of desertion in saying

“Certainly, no crime could be greater, no cowardice more abject, no treason more base, than for a citizen of the State to persuade those who had the courage to go forth in defense of their country vilely to desert the colors which they have sworn to uphold.”[15]

Governor Vance’s response to the desertion crisis identifies the magnitude of this situation, and the fact that he personally addressed the family and friends of these soldiers as being guilty of persuading Confederate men to desert makes it clear that struggling families on the home front played a crucial role in the decision for soldiers in Western North Carolina to desert.