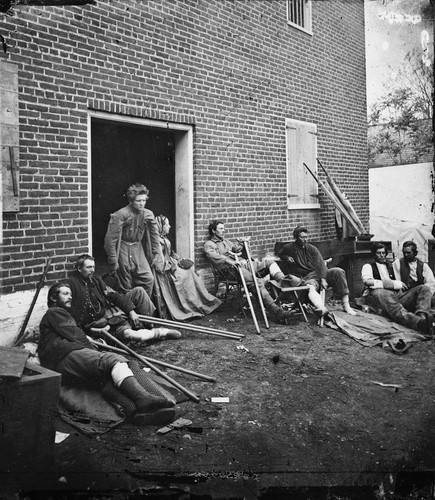 Sherman and his men’s stay in Fayetteville did not last long. On March 15, 1865, they left for Goldsboro, North Carolina. The key to Goldsboro was its railroad connection, which Sherman hoped to capture to resupply his army. On the march towards Goldsboro, in Averasboro and Bentonville, Sherman engaged in his final, biggest battles with the Confederate Army since leaving Georgia . After battle, Sherman’s men entered Goldsboro “ragged bareheaded, shoeless, (and) brave.” (Item 383) Even through battle and the occupation of Goldsboro, the disparate principles and beliefs of Confederate citizens and Union soldiers remained firm.