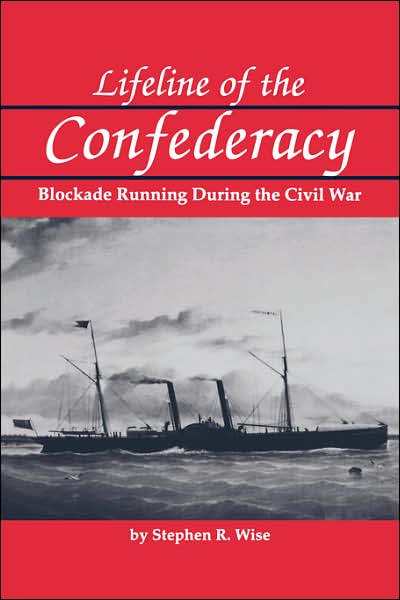 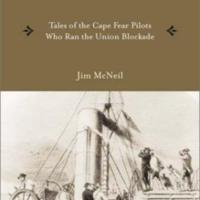 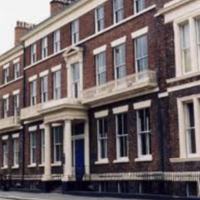 Arguably the most important men to the Confederate war effort was the captains of the blockade runners who brought the needed goods, both everyday goods and instruments of war, into the Confedracy. The men who braved the high seas were brought to their commands by many factors. Cheif among these was the ability to make a quick buck. The captains of vessels running the blockade were paid extremely well, often times at a rate that is considered high even by today's standards.

The companies formed to bring goods into and out of the confedracy were first and foremost out to make a profit, secondary to that was to help the Confederacy. These companies quickly found that shipping directly from Europe to the ports in the confederacy was neither feasible nor profitable. Many ocean going vessels were simply too large to enter many of the shallow harbors of the South Atlantic, especially the notoriously dangerous and shallow entrance of the Cape Fear River.

The companies quickly devised a plan to ship cargoes to the halfway points in the Caribbean and then transfer the goods to smaller, faster ships that were much better suited to evade the Union blockaders that the larger, slow-going trans-Atlantic steamers. [1]

It was quickly realized by some in the Confederacy that if financial solvency was to be maintained that the governments could not afford to pay the high shipping prices these companies often demanded. A Georgia agent in England complained that the prices he was forced to pay were "high" but that it was "that or nothing" to get the arms and goods he purchased to Savannah in order to outfit the soldiers of his state. [2] The quartermaster general in Savannah eventually purchased the balance of the cargo but complained vigorously that he was forced to pay English prices instead of Southern prices; a sign that he most likely well-overpaid for the goods brought in. [3]

In light of this fact of high prices not only for the space on the vessels but for the goods themselves, may states, including North Carolina sent agents aboard to England to purchase arms and goods directly there in order to save money. Gov Vance sent John White to London to secure bonds for the state's cotton and to purchase cloth for uniforms and rifles and ammunition for troops. Through this mode of operation, North Carolina was able to fully supply its soldiers with Uniforms, shoes and weapons and even turnover its excess to other states in the Confederacy or the Confederate Government itself.[4]

The men these companies employed were often out for fortune on the high seas. At the time, a captain on a ship owned by the Confederacy signed on for six months terms, and while he was paid for the full six months even if he was captured, his pay paled in comparison to those men working directly for a private company. [5] Captains in the Confederacy stood to make $200 per rounds trip completion and another $200 bonus; this was to be paid in gold, half on departure, half on arrival, but could be replaced with confederate currency upon the discretion of the customs agent in Wilmington. [6]

As a contrast, captains working for private companies would make well above their Confederate counterparts. A captain for Crenshaw and Collie could stand to make as much as $5,000 per round trip in and out of port. A regular sailor on the deck of private ship could make as much as $250. [7]

These men were vastly important to the Confederacy because they brought in the goods needed to wage war and took out the cotton needed to finance the war. Without these men's willingness to brave not only fire from Union warships but also disease and the weather, the Confederacy would have been insolvent much sooner than the fall of Fort Fisher in early 1865. Captains of blockade runners were responsible for every action aboard their ships. As such, their decisions directly impacted the Confederacy. If they made mistakes on the high seas and lost their cargo, or worse, captured, it directly impacted the war effort of the Confederacy. If too many of these cargoes were to be lost, the young Confederacy would be doomed from the very beginning.

Captains of blockade runners went to war for many reasons, chief among them the desire to enrich themselves and for adventure on the high seas. A captain on the high seas would often perform every manuever he could think of in order to elude the Union blockaders. This especially holds true for foreign captains. They faced very little consequences upon capture other than detainment for a few weeks.  In many instances they went right back to Nassau or Bermuda to find another ship to bring into port. If the love of the open water and the call for adventure is not apparent from their actions, it is difficult to see what else may have brought them to man their ships.