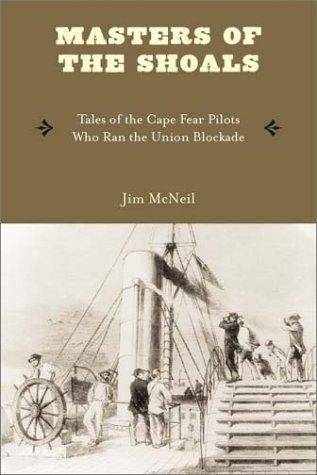 As soon as Lincoln's declaration of closing the southern ports was announced, the leaders of the south knew that a plan would have to be contrived in order to provision the country for war due to the dire lack of resources faced by the south. To solve this problem, southern leaders and merchants devised a plan to bring in all their necessary requirement by war of ship. However, not having a ready made navy would make this difficult to say the least. Almost immediately after Lincoln's proclamation, partnerships and companies were formed for the expressed purpose of importing goods into the Confederacy. These companies would use specially built steamships (mostly sidewheelers) with a sleek and low draft but still able to hold a large cargo. These boats would be manned by crews form many places, including foreign nations and all southern states. The most prominent of these men were the ones in charge, the Captains and their Harbor Pilots. These men were responsible for the safe importation of war materiel and the safe exportation of southern cotton for sale on foreign markets of Europe to finance the war in the south.