â€œTwo Years with a Colored Regiment: A Womanâ€™s Experience," 1898

â€œTwo Years with a Colored Regiment: A Womanâ€™s Experience," 1898

“Two Years with a Colored Regiment: A Woman’s Experience” was an article written by Frances Beecher Perkins and published in the New England Magazine in 1898. Frances Beecher Perkins was the wife of James C. Beecher, who was the Union colonel of the 35th United States Colored Troops, which was based out of New Bern, North Carolina. Frances Beecher Perkins wrote this article to recount her time that she spent with her husband and his colored regiment during the Civil War. She recounted that because Colonel Beecher had failed to come back to the North to celebrate their marriage, she bravely ventured south to Florida and later back up to South Carolina to be with him while he fought in numerous battles. This article recounts many different aspects and memories of her time with her husband, though the most pertinent information for this argument's purpose dealt with her comments on the colored troops that Colonel Beecher commanded. She described the 35th USCT as a “gallant regiment” and said that she never saw a “regiment more manly in appearance, none with straighter line or better drill, nor more worthy of their uniform, than that which was then called ‘The First North Carolina Colored Volunteers.’” She briefly discussed where these men originated from, New Bern, and that they were formerly slaves. There is a large portion of this article that does not mention the 35th USCT specifically, but Perkins concluded by telling of the soldiers' “handsome” discharge at the end of the war in Charleston, South Carolina.

Reminiscences of our civil war have been given to the public image again and again, and our most able men have recited the details of the great battles and stirring events. But there are few records of the experiences of women in that war. This narrative, therefore, may perhaps claim the one merit of novelty. My wish to preserve the memory of a gallant regiment and its beloved colonel forms another plea for my writing. The present, too, seems an opportune time for me to write, as public interest in the colored troops has been newly awakened by the unveiling in Boston of the beautiful memorial to Colonel Shaw and by Colonel Higginsonâ€™s testimony, so widely read, to the value of the colored soldiers. In contrast, the regiment of which I write, though associated with the 54th Massachusetts, Colonel Shawâ€™s regiment throughout its whole career [indistinguishable type] in the battles mentioned in the recent review of its work, had had no one to sound its praise. It belonged to no state, and therefore called forth no state pride; while the colonel who recruited it landed in New York at the beginning of the war after years of absence as scamanâ€™s chaplain in China, and therefore was also without state ties.

I may truly say that during my whole time in the South I saw no regiment more manly in appearance, none with straighter line or better drill, nor any more worthy of their uniform, than that which was then called â€œThe First North Carolina Colored Volunteers.â€
This was one of the first colored regiments, raised at a time when the nationâ€™s prejudice against employing the negroes as soldiers had yet to be overcome. It was recruited in New Bern, S. C., about a year before by Colonel Beecher himself, from the slave population of that region. On June 13, 1863, he wrote me: â€œI am amazed at the promptitude of these men to learn military drill. In spite of my hard work, I am becoming somewhat of an enthusiast. I wish doubtful people at home could see my three weeksâ€™ regiment. There is an amount of muscle in it of which few in service can boast. In three more weeks we shall make a creditable show, and I think the government will not grumble at a regiment enlisted, organized, uniformed, armed and handsomely encamped in six weeks.â€

â€œHaving no chaplain, and being, like his father and his six brothers, a Congregational minister, the Colonel undertook the spiritual care of his men after the Puritanical fashion. He wrote me as follows:
â€œSunday eve. Had service at 6 P.M., before dress parade. I formed the battalion into close column by division and gave out, â€˜My country, â€˜tis of thee.â€™ Six or seven hundred good, pleasant voices came in grandly. Then I read the 34th Psalm, â€˜This poor man cried, and the Lord heard him,â€™ etc. Then I prayed with them. I had given no directions, but the men knelt down and bowed their heads. It affected me beyond measure, and I prayed for them in faith. When I spoke of their past lives, of their being bought and sold like brutes, of their wives and children not their own, of their sorrow and degradation, many wept like children.â€
When the regiment left New Bern, they joined the siege of Charleston, and were there kept digging in the trenches until December. They did not, however, have an occasional drill, but it was on the beach by moonlight. â€œThose who saw it,â€ wrote an officer, â€œwill not forget the romantic sight. The hard, white beach, with the ocean waves foaming and tumbling over it, the long line of black soldiers, with their guns shining in the moonlight, the low words of command, the prompt, soldierly obedience, -a regiment of slaves, but lately come out of captivity, drilling there at midnight in sight of the great land of slavery!â€ 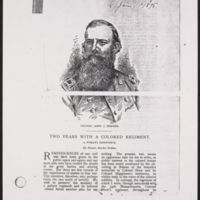 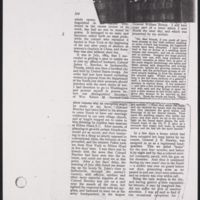 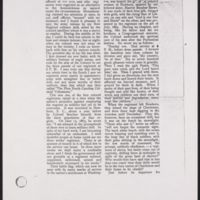 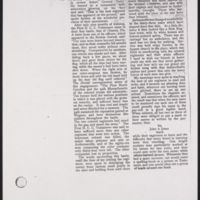 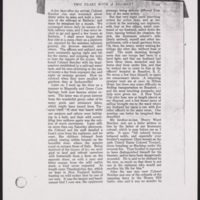 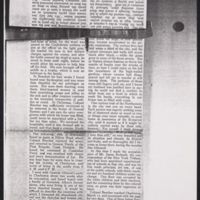 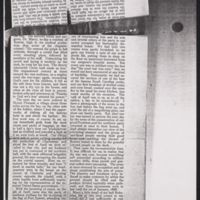 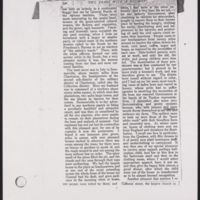 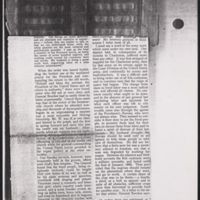 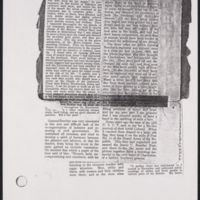 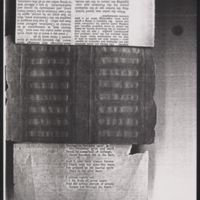