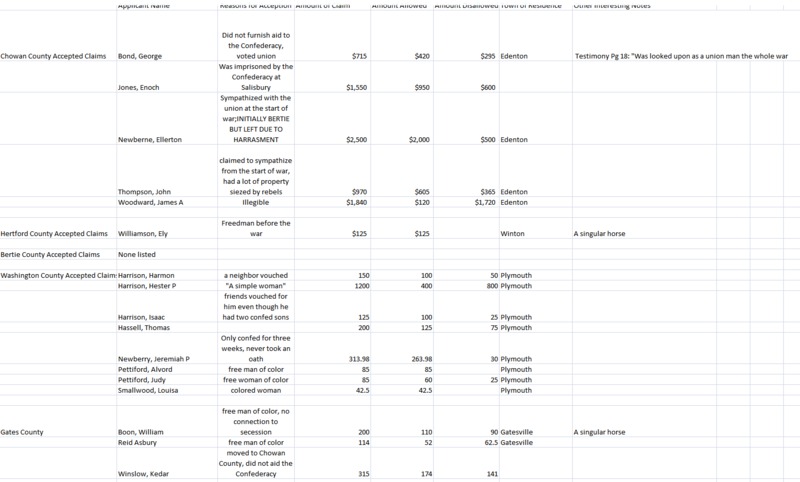 We have established the where and who we are discussing, but what sort of explicit proof of pro-union sentiment do we actually have to go on? The largest body of knowledge we have on allegiances is the records of the Southern Claims Commission. The commission was formed by act of Congress on March 3, 1871, to handle reimbursement requests by citizens who had their goods seized by Union foraging parties. To actually receive reparations one had to prove their loyalty to the Union during the war, a feat that was incredibly difficult to do with only 7.7% of the claims being accepted. Thus, these documents provide a useful insight into what citizens were doing during the war and how they responded to the Union movements through the South in the form of the proofs of loyalty submitted alongside the claims. North Carolina in particular had a high rate of claim acceptance, likely due to a combination of their slowness to join the Confederacy and the ongoing examples of Union sentiment in the eastern and western portions of the state. Similar sentiments would stay both Burnside and Sherman's hand in applying total war in North Carolina. Indeed, a good metric of union sentiment is if there were any claims accepted at all, as this indicates a sentiment spanning beyond that which can be communicated by simple numeric quantities. 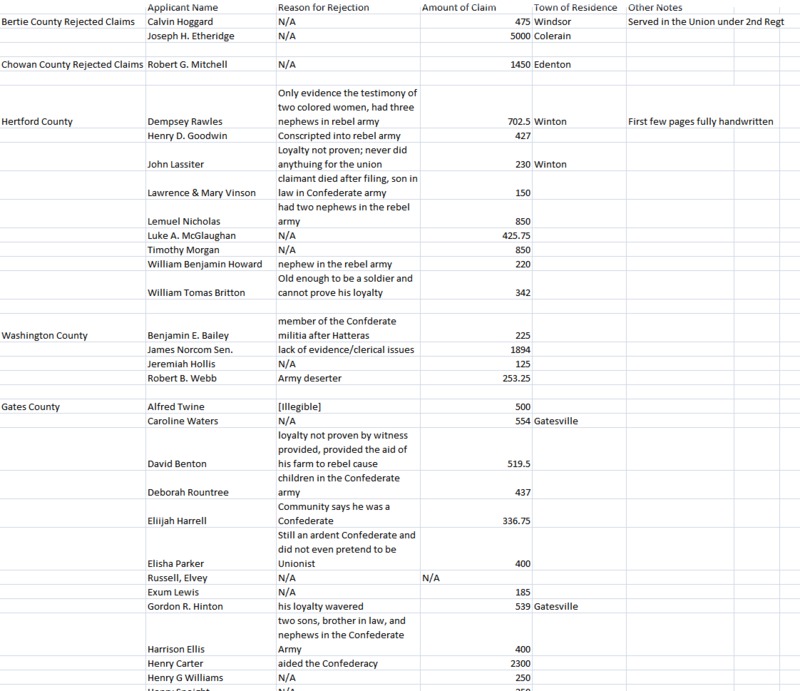