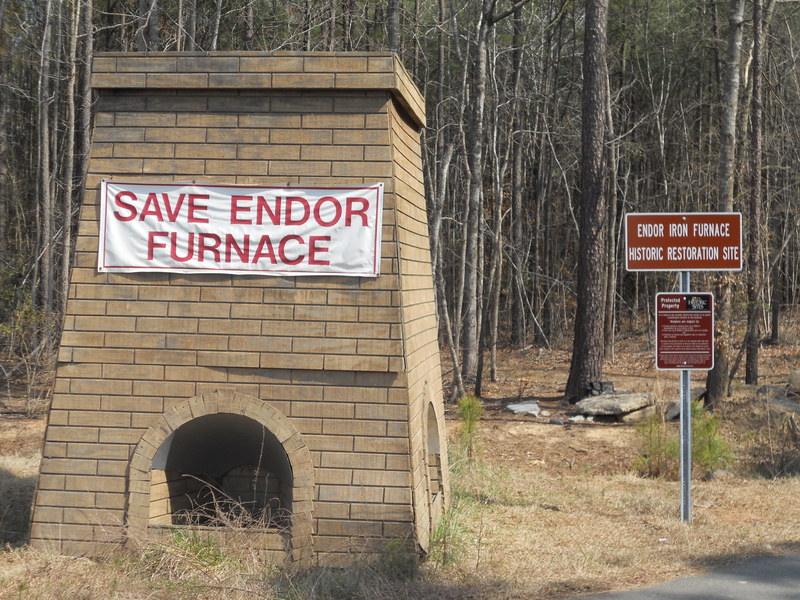 After the Lockville Mining & Manufacturing Company absored the Endor Iron Company, the new owners changed its name and it faded into obscurity. Unfortunately, the source of the iron smelted at Endor was not as large as estimates suggested. (Wiesner 2007, xix) Production at Endor slowed even further before being shut down and abandoned in 1876. (Wiesner 2007, xxi) The site has been forgotten until recently when the Triangle Land Conservancy and the Railroad House Historical Association began an effort to restore the crumbling ruins of the furnace into a historical site and state park. (RHHA) Supporters of preservation of Endor constructed a parade float to commemorate to bring awareness to the site. (Item 763) The furnace itself was in bad shape; the area was overgrown with vegetation and the north face of the furnace had completely collapsed into itself. 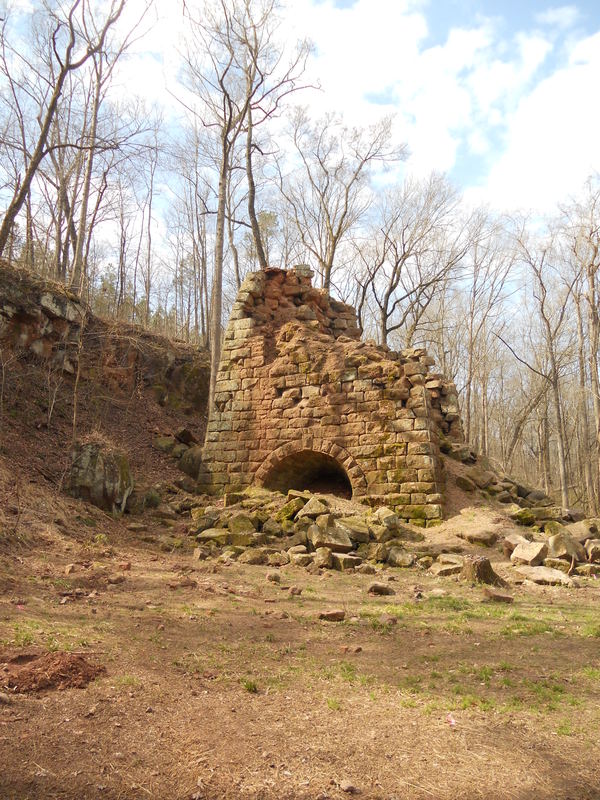 Since the recession in 2008, work has pretty much stopped at Endor. The only progress that has been made is the clearing of brush from the site and the construction of a gravel road linking the site with the main road. Recent photographs taken of the site show the decay of the once again dormant Endor site. (Item 708)  Hopefully as the non-profits in charge recover, work will continue into refurbishing the furnace.

While Robert Wiesner’s work on the Endor Iron Company and the legacy of the McRae’s remains the quintessential scholarship on the topic, this exhibit has taken advantage of newly found information on the Downer Group to fill in the missing pieces of Endor’s history. It has also provided information to complete the story of Endor’s Civil War legacy within the railroad industry and brought new attention to this slumbering stone giant nestled away along the banks of the Deep River. With these missing pieces, scholarship on iron production in the South may once again flourish much like the industry did in the 1800s.