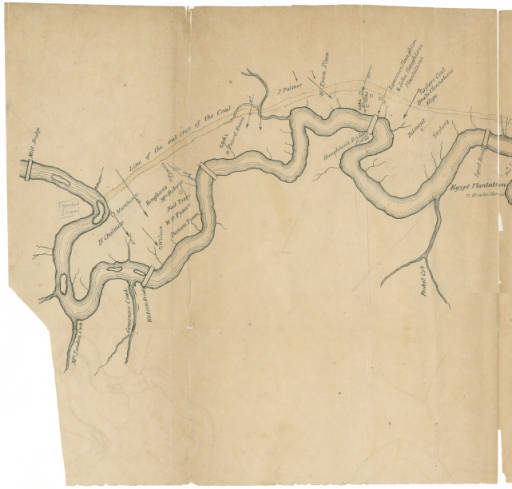 History has shown that the advent of war almost always serves as a boon to industry. Businesses, whose products can meet the needs of their nation’s war machine, flourish during conflicts as lucrative government contracts expand production and the potential for massive profits. In this sense, war can be seen as a gruesome economic catalyst that devours human life on a massive scale while padding the pockets of a select few entrepreneurs and industrialists. The Civil War was no exception as it led to a number of investors and businessmen risking their fortunes attempting to tap the enormous industrial demand brought on by the mobilization of the Union and Confederate armies. One such group of entrepreneurs during this time was the J & D McRae Company under the leadership of John and Donald McRae. The McRae family operated an export business out of Wilmington, North Carolina, which specialized in the shipping of naval stores, lumber, and rice to ports in Boston, New York, Halifax, and Liverpool. (Wiesner 2007, 1) In the 1850s, their lucrative shipping business firmly placed the McRae family within Wilmington’s elite class. At the outset of the Civil War, the Union placed a naval blockade around Wilmington among other Confederate ports in an attempt to starve the rebels of supplies and revenue. The McRae brothers immediately felt the pressure on their enterprise. With business depending on the safe transport of cargo along the eastern seaboard and across the Atlantic Ocean to England, the J & D McRae Co. was virtually at a standstill. The McRaes were not by any means secessionists; they were businessmen who relied on the stability of the nation to conduct trade. They were not left without options however, as cunning businessmen with disposable income at the ready, they had the means to start a side-venture in hopes of sustaining them through what many thought would be a short war. 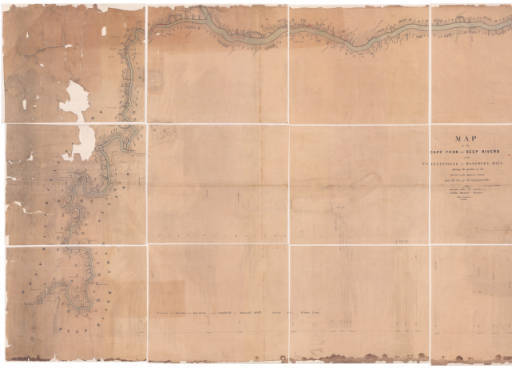 Item 706: Thomas F. O'Brien and William Beverhout Thompson, Map of the Cape Fear and Deep rivers from Fayetteville to Hancock's Mill showing the position of the several locks dams and canals upon the line of the companys works, 1852

Luckily for the McRaes and their business associates, at the time the recently formed Confederate government was pushing for new industrial development. The main area of raw iron production in the antebellum South was in northern Virginia, and until the war furnaces there supplied iron to the Tredegar Iron Works in Richmond. When the war broke out, these furnaces were evacuated, and the iron shipments to Tredegar stopped. This major armament producer needed iron to function; therefore, new sources of iron needed to be found. The Confederacy set its sights on the Deep River Valley in current day Chatham and Lee counties in North Carolina. This area since Revolutionary times had been a site of iron ore and coal extraction, but interest in it was intensified by the Confederacy on the eve of the Civil War. A geological map created by Charles T. Jackson in 1853, depicted the valley having a vein of coal running parallel with the river almost until its terminus at the Cape Fear River. (Item 703) The Deep River Valley seemed to be the perfect location. Not only did coal and iron ore exist in the hills there, the Deep River made it possible to ship cargo downstream into the Cape Fear River and on to Fayetteville or Wilmington. Dams, canals, and locks already existed on the river, minimizing up front infrastructure costs. An 1852 map released by the Cape Fear and Deep River Navigation Company highlighted this system. (Item 706) Furthermore, North Carolina’s extensive railroad system was sufficient to take iron to Tredegar. Lastly, the area was far away from the front lines of the war and away from places which would make it a target. Because of these beneficial attributes, the Confederate government offered contracts to businesses willing to set up extractive businesses in the area. The McRaes took advantage of this opportunity and, with the help of iron maker Benjamin J. Jordan, founded the Endor Iron Company in 1861. (Wiesner 2007, 1) The construction of the furnace began a year later. It was constructed along the Deep River outside of modern day Sanford in what is now Lee County. When the ironworks was built, it was inside of Chatham County, and its location on the river is illustrated by a period map of the County by Nathan Ramsey. (Item 704)

Shortly after the furnace was constructed Benjamin Jordan unexpectedly left the company. (Wiesner 2007, 10) The Endor Iron Company was left without an iron making expert, and the remaining stockholders had no iron making experience between them. The company’s lack of a skilled iron maker showed as the businessmen from J & D McRae Co. struggled to keep Endor afloat. The furnace under produced during the entire time of their ownership, and they never fulfilled the contract given to them by the Confederate government. John and Donald McRae sold the Endor Iron Company, along with their properties and the furnace to the Downer Group in 1864. The Downer Group, also referred to as the Richmond/Downer Group or the Richmond Group was headed by William S. Downer, a Confederate Major with ties to the Confederate States War Department. When the Downer Group purchased the Endor Iron Company in early 1864, he was named president. 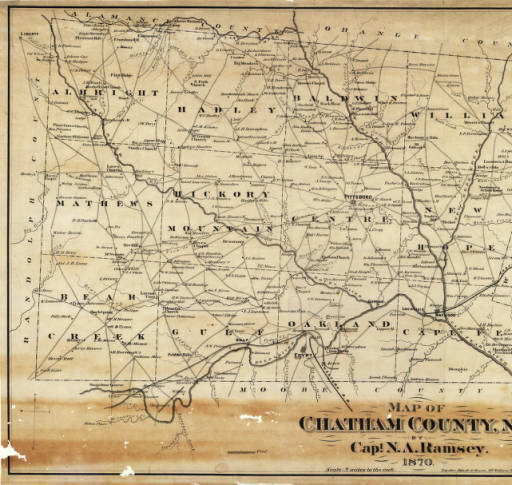 The events of the next seven months from February until the company was sold again to Lockville Mining & Manufacturing Company in September remain a mystery to some including Historian Robert A. Wiesner, whose book The Men of Endor: Their Works and Times, 1861-1876 stands as the most complete historiography on the Endor Iron Company. According to Wiesner, during the seven months in which the Endor Iron Company was controlled by the Downer Group, “no data about operations are extant.” (Wiesner 2007, 73) Upon this statement he further concludes that, “the reason is, doubtless, that the Ironworks was dormant.” (Wiesner 2007, 73) He theorizes that William Downer and his partners were merely real estate investors who were more interested in the property Endor was on than the company itself. He argues their main objective was to re-sell the Endor Iron Company for a higher price. Recent research into the history of Endor has uncovered a ledger dated from February through September 1864 which details the operations of the Endor Iron Company. The months covered are the exact months in which Wiesner had concluded that there was no record of activity at the site, therefore the site must have been out of operation. The advent of this new information contests Wiesner’s claims. Furthermore, the discovery of this ledger allows historians to examine the seven months missing from the current knowledge of Endor and create a complete account of the company’s activities during the latter years of the Civil War. The purpose of this exhibit aims to fill the seven month gap in Endor’s history under the Downer Group, and claim that the furnace at Endor continued to operate at a reduced pace to take advantage of regional demands for iron. Furthermore, it will show Endor’s importance within the history of the area via its connection to the railroad industry and the Confederacy’s dependence upon said industry to fight the war against the Union.