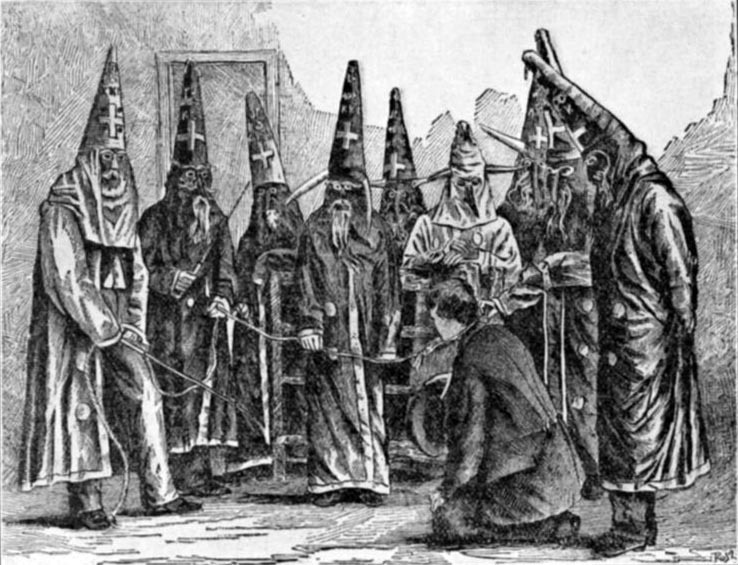 The Ku Klux Klan and other white supremacist groups dedicated much of their efforts to keeping white Democrats in the majority, and getting rid of anyone who they perceived as a threat to that goal, whether they be black or white. The Klan was originally organized in Pulaski, Tennessee in 1868, but eventually expanded their organization all throughout the South. Their costumes gave them anonymity, and Klan groups from different states had different looking attire. The origins of their costumes appear to come from Pulaski. One night some Klan members “amused themselves by rummaging through a linen closet and adorning their bodies with sheets and pillowcases” (Martinez 10). That eventually evolved into white robes with pointed hats, and was sometimes embellished with symbols for a particular group. 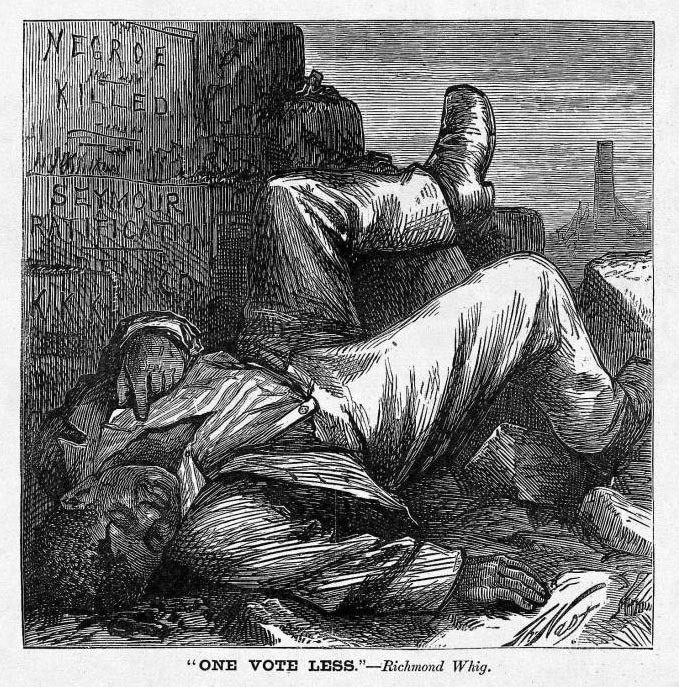 Their goals were not always about inflicting pain and terror toward those with whom they disagreed. At first they were just a “social club” for white Democrats. As time wore on, they evolved from “pranks and verbal intimidation” to attacks that ended in bloodshed (Rable 69). Much of the violence that occurred took place around election times. The main goal of groups such as the Klan had to do with gaining social, economic, and political control of the South once again. Because black men now had the freedom to vote, they challenged white racial authority in the South. White men were no longer the only ones who could control the political landscape and shape the social and economic nature. Despite Nathan Bedford Forrest stating that the Klan had absolutely nothing to do with politics, there can be no denying the fact that the Klan’s main objective was to win back some political authority in the South after the end of slavery (Hodes 71). 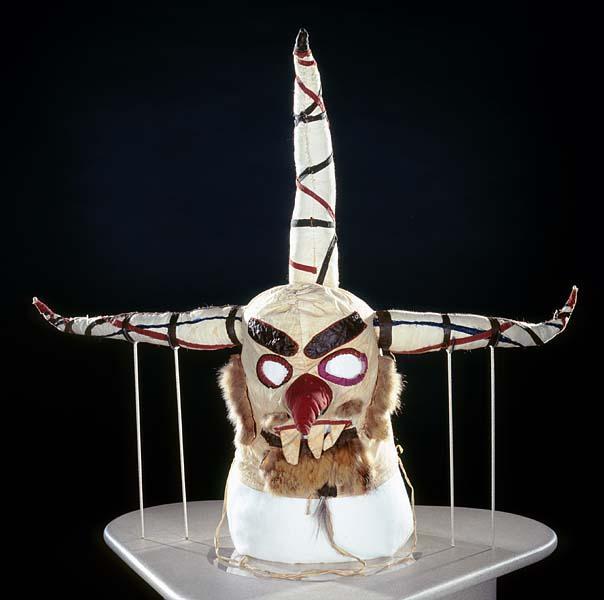 The Klan was often audacious in their goal to dominate the Southern landscape. According to historian George Rable, “Disguised men visited freedmen’s homes at night, confiscated weapons, whipped black men, and terrified families. Shooting became common as election day approached. Many of the attacks seem random and capricious-a tactic that served, whether intentionally or not, to heighten the terror.” The Klan became, in a sense, the “military arm of the Democratic party” (Rable 72-95). The economic problems of the South after the Civil War caused the KKK to spread to multiple different areas, and although their goals were obviously political, the Klan often said that their main objective and reason for starting the group was to protect Southern white womanhood from black men. Often, this was used as an excuse for the Klan and other groups to inflict violence upon blacks. In Alamance county, North Carolina, the Klan “whipped and murdered Negroes suspected of being thieves, barnburners, and rapists” whether or not the accusations were true (Rable 98). According to one historian, the KKK became prominent in Alamance county because of an incident involving a white farmer’s daughter almost being hugged by a black man (Rable 97).

In the secondary source, Bedsheets and Broadsheets: Covering the Ku Klux Klan in North Carolina, newspapers from the mid to late 1800s are analyzed in order to understand how local media reported Klan crime. The politics of these newspapers were either Democratic and pro-Klan or Republican and anti-Klan. One newspaper, the Raleigh Sentinel, was incredibly pro-Klan and they often would write stories celebrating the Klan and their goals. According to the author of Bedsheets and Broadsheets, “the Sentinel tacitly and outwardly approved of the Klan’s terrorist methods. ‘Very often in the present condition of Southern society, nothing but the lynch law will do’” (Van Dyke 5). The Greensboro Patriot is another newspaper that glorified the Klan. Sometimes the paper would claim that atrocities were committed by blacks or Republicans, and these were given as excuses to recruit new Klan members and continue acts of violence. These newspapers and others exalted the use of the Klan against blacks and Republicans and encouraged people to join in their efforts. These public outcries for support of the Klan and its members show the extent of approval given to members and their unlawful deeds. These papers were very popular at the time, and show the willingness of white Democrats to believe what was written about the Klan and it’s enemies.