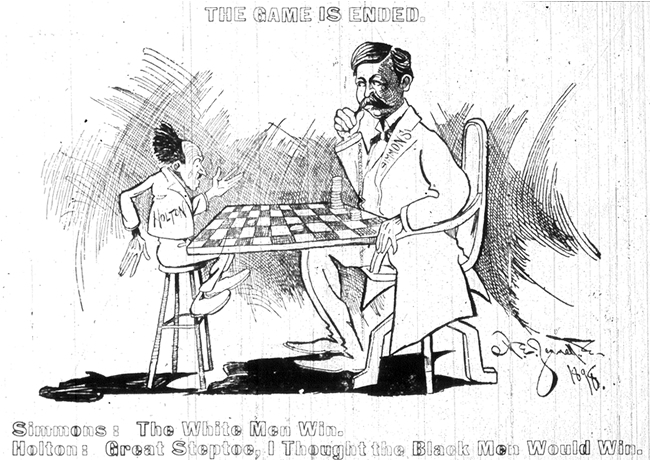 On November 10, 1898 the Raleigh News and Observer published a political cartoon titled "The Game is Ended."  The cartoon depicts former Republican North Carolina Governor William W. Holden and Democratic Party Chariman Furnifold Simmons finishing a game of chess.  In the cartoon, Holden appears to be surprised to lose to Simmons in a game based on the color line—Holden playing for black political dominance, and Simmons playing for White Supremacy.  The effectiveness of the White Supremacy Campaign in 1898 ended the question of partisan and race politics in North Carolina for the next half century.  As far as the Democrats of 1898 could be concerned, however, the game was truly over.  (Item #484)