The accordion nature of Radical Reconstruction witnessed three groups vying for their definitions of freedom between 1868 and 1877.  Northern Republicans, white Southerners and African Americans fought in this zero-sum war over reunion—as one group gained power and freedom, another suffered a loss.  As white Northerners attempted to press for Reconstruction at the federal level in the form of protective legislation and African Americans wielded the vote, white southerners retaliated, expressing their energies in the form of terrorism and paramilitary activities.  Steven Hahn argues that the Union League and Republican clubs effectively garnered the black vote and, in return, helped former slaves advance politically, economically and academically, but that those efforts were successfully affronted by the paramilitary tactics of elite white Southerners, leading to the end of Reconstruction. (Hahn 2003, 302, 310-313)  Heather Richardson argues that, although white Northerners successfully implemented Reconstruction legislation, such as the Freedman’s Bureau Act, the Civil Rights Act of 1866, the Thirteenth, Fourteen, and Fifteenth Amendments to the Constitution, they failed to see-through their efforts of setting up a free-labor South and gave up on Reconstruction when they adopted more mainstream Southern ideology about race and equality. (Richardson 2001, ix, xiv-xv, 150-155)  Paul Escott argues that white aristocrats retaliated against Congressional Reconstruction because they feared the lower class exercising political power. (Escott, 90-91)

Regardless of the direct cause of the end of Reconstruction, by 1877 it was thought to be over; the Redeemers were thought to have overturned Reconstruction and returned the South to its pre-war hierarchical system.  In North Carolina specifically, by 1871 the Democratic-controlled legislature impeached Republican Governor William W. Holden, and by 1877 gained control over both the executive and legislative branches of government in the state.  According to Paul Escott, with the gains of the 1876 state campaigns “Reconstruction had been overthrown.  The brief period of change that had begun to modify a conservative social structure was over…North Carolina had been returned to aristocratic control, and it was not surprising that the democratic forms of government initiated by Reconstruction lived on in full vigor only briefly.” (Escott 1985, 169)  North Carolina had been Redeemed. 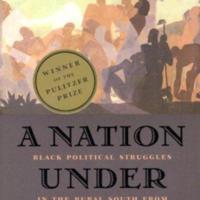 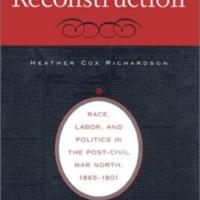 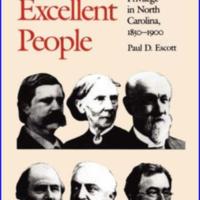