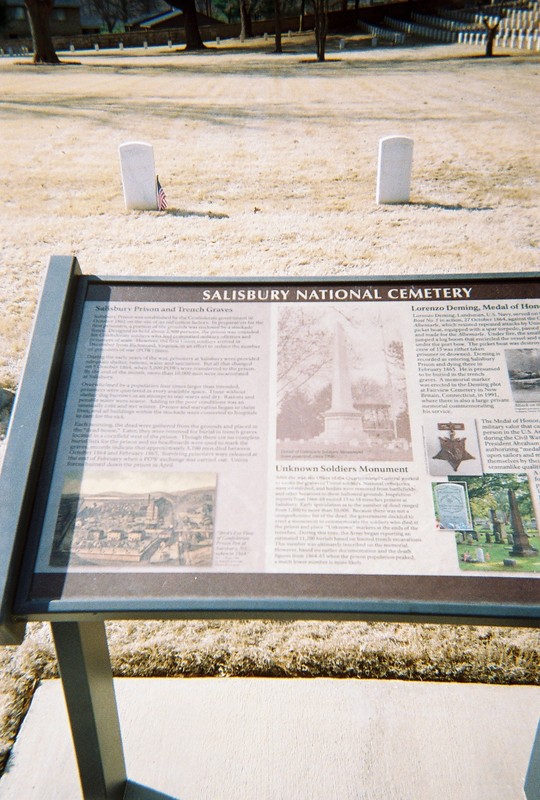 A UDC marker meant to re-interpret Salisbury prison and finally expunge the original claim of 11,700 at the prison.

Nothing symbolizes the changing view inside Salisbury National Cemetery like the United Daughters of the Confederacy placard next to the Federal Monument. While the Federal Monument honored the unknown, and overestimated, dead at Salisbury the UDC marker attempts to contextualize Salisbury prison into the larger prison scenario of the war and expunge Confederate guilt. The UDC marker was is the first time the lower claim of 3,7oo dead at Salisbury, a decline of eight thousand under the original estimated death toll.[1] The language on the marker describing the Federal Monument is surprisingly dull, “Because there was not a comprehensive list of the dead, the government decided to erect a memorial to commemorate the soldiers who died at the prison and place ‘Unknown’ markers at the ends of the trenches.”[2]  There is no accusatory tone when the UDC reported that the agreed upon death toll was 3x lower than originally estimated. A marker from the UDC at a Confederate prison which does not viciously exculpate the Confederate prison system? Surely this marks an era of reconciliation.