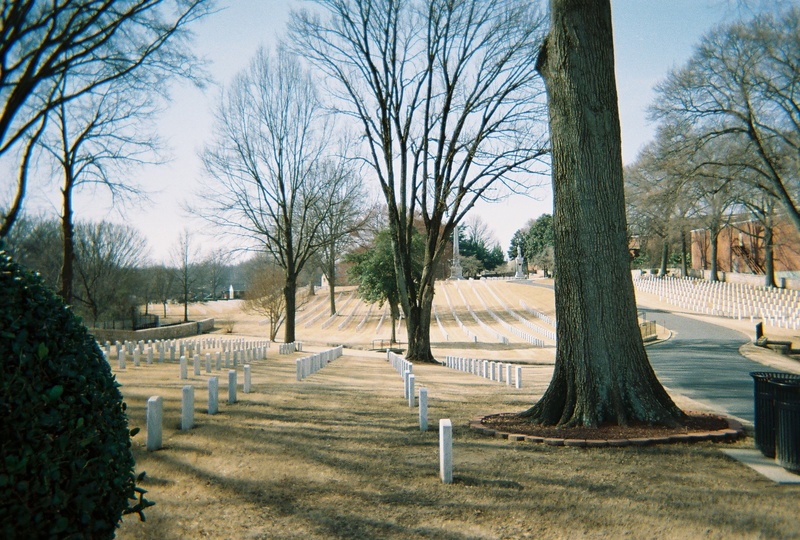 A view of the Federal Monument from the opposite side of the National Cemetery. The cemetery is the largest in North Carolina. 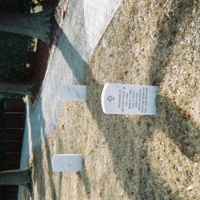 Richard McConville Jr. was killed during Operation Iraqi Freedom in 2004. Just like the World War markers his grave lists the branch he served in, not the state he came from. 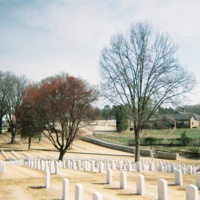 The size of the National Cemetery at Salisbury is impressive. The space has recently been expanded to allow four hundred more graves for veterans. This image shows the many people who had been buried at Salisbury since the Spanish American War and the shared sacrifices.

In the century and a half since the Civil War the Salisbury National Cemetery continues. Soldiers from the Korean, Vietnam, Iraq and Afghanistan wars have been buried there. Graves from these later wars followed the World War, not the Spanish American War, style. The birth state was not mentioned, only the name, birth and death dates, military branch and conflict served in. By highlighting entirely national and personal events, the National Cemetery continued a tradition of celebrating heroic and national victories and sacrifices. There are more than 6,500 servicemen and women buried at Salisbury, almost double the estimated number of deceased POWs from the prison.

The shared sacrifice celebrates the national and downplays the sectional. After 1910 no memorials or markers were placed at Salisbury; instead, each individual grave has been a memorial to the United States and its value. The further away Americans have gotten from the Civil War and the prison, the less important the Confederate prison is to Salisbury National Cemetery.