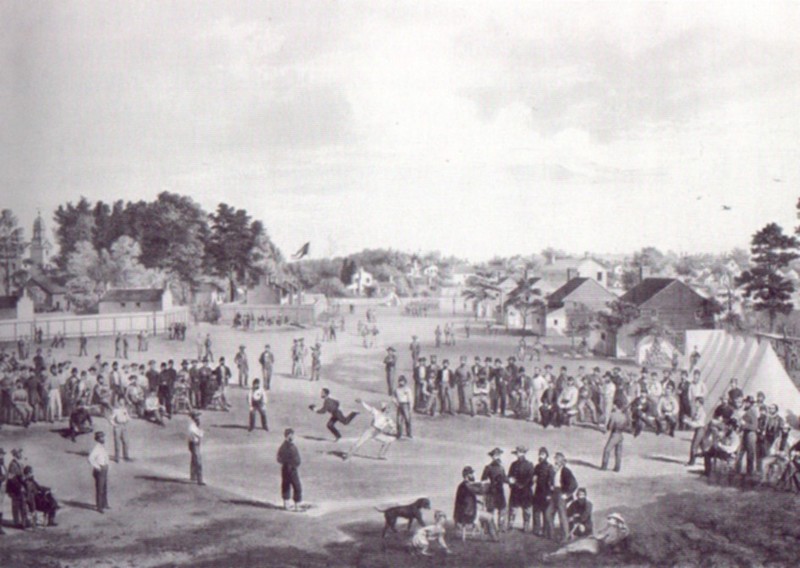 Image of baseball match by US prisoners in Confederate Salisbury prison 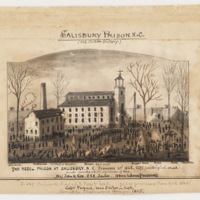 Where the prisoners stayed

In December 1861 North Carolina opened its only prison in Salisbury, Rowan County. The prison was designed to hold citizens arrested for disloyalty, Confederate deserters, and captured US soldiers. North Carolina was the last state to secede from the Union. The earliest votes for secession were deeply divided and there were great fears of internal resistance to Confederate. Salisbury was a railroad hub, making it ideal for bringing in supplies. Paid for by the Confederate government the prison was placed on a sixteen acre lot with an abandoned three story cotton mill, six cabins, small hospital, and several outbuildings. Originally intended to house 1,000 prisoners, in its first year only a few hundred people were placed inside.[1] These were almost entirely Confederate deserters and civilian felons; the few enemy soldiers were captured in Virginia.[2] Salisbury prison’s first two years were witness to prisoners treated well with plenty of food, room and good hygiene. The prisoners gambled, staged plays, traded trinkets for food and even organized baseball games because, “Amusements, sports, and gymnastic exercises should be favored amongst the men.”[3] Prison morale was high. None of the captured U.S. soldiers stayed long in Salisbury, they—like thousands of others—were quickly exchanged for Confederate soldiers in the first two years of the war.

[3] Frances Casstevens, “Out of the Mouth of Hell:” Civil War Prisons and Escapes [London: MacFarland and Company, 2oo5], 299,