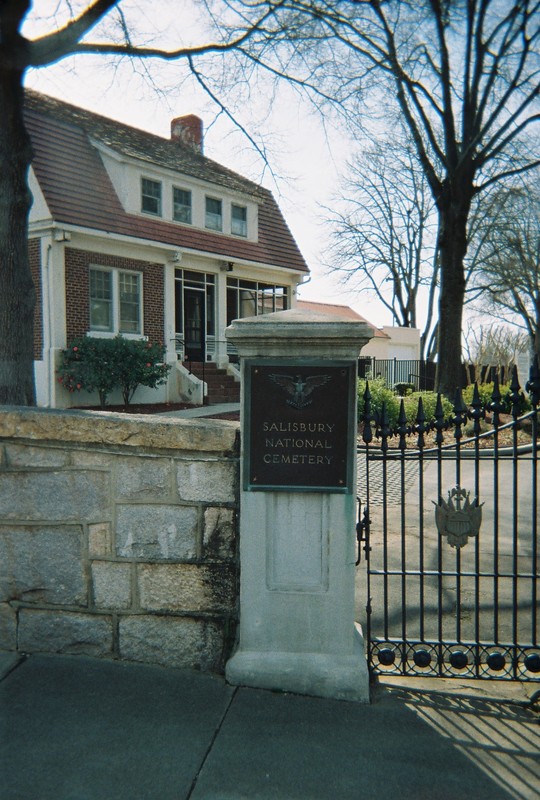 The Salisbury National Cemetery was begun in 1866 to honor the estimated 11,700 dead prisoners. The cemetery was also erected as a symbol for the abuses of POWs by the Confederacy.

Prison cemeteries were a powerful example of United States victory. The first national military cemeteries were all built upon Civil War Union victories—Gettysburg, Antietam, Chattanooga, Shiloh and Vicksburg.[1] In 1867, the first National Cemeteries were built at four Confederate prisons, including Salisbury. While cemeteries at battlefields were built for the honored dead, prison cemeteries were for men who had not died with honor. Instead of fighting for their nation like good citizen soldiers, prisoners suffered and died for nothing. If the highest form of patriotism is to risk life and limb in battle, starving to death in a diseased hole said little about patriotic sacrifice.

The Salisbury National Cemetery combined triumphalism and war guilt. While the Union dead were remembered and honored, deceased Confederate prisoners were left without memorials for decades. Calling the dead prisoners heroes the United States government transformed them from passive victims into active participants. This metamorphosis allowed Salisbury to sit alongside cemeteries such as Gettysburg as symbols of US victory, if not martial honor. The Salisbury cemetery by its very existence placed war guilt onto Salisbury and, by extension, the former Confederacy.

[1] The National Military Cemeteries were built in the 1890s, almost thirty years after the formation of national cemeteries based on Confederate prisons.