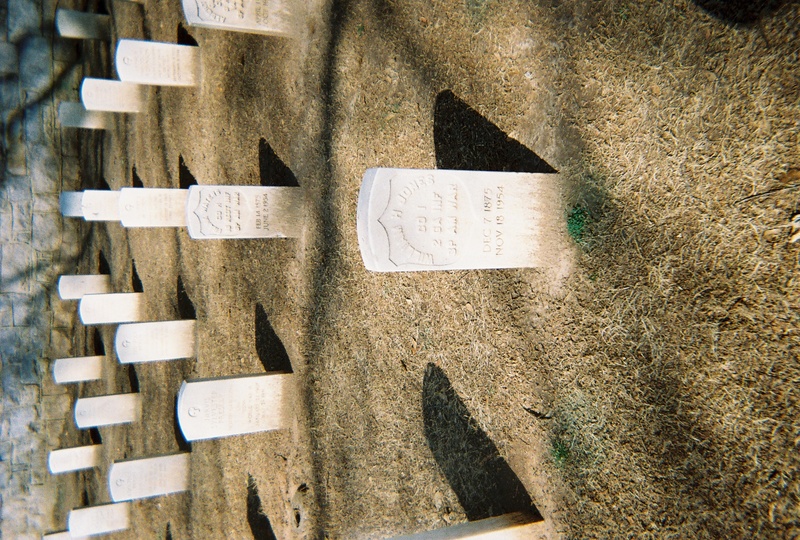 William Jones was a Georgia native who served in the US Army during the Spanish American War. He was one of three hundred thousand Americans in the military who sacrificed towards a common goal.

Thirty years after its inception Salisbury truly became a National Cemetery with the Spanish American War. The 1898 war was the first conflict in which both former Confederates and former Unionists participated. Shedding blood together was a powerful act; and the Spanish American War helped Americans forget ‘the late unpleasantness.’ Beyond shared blood, the war proved that the United States remained a great power and that the Civil War had not ruined the country. For the first time in its history the US decisively defeated a European nation in combat. The first southern soldiers buried at Salisbury were from the Spanish-American War; many North Carolinians were entombed within throwing distance from prison-era trenches.

Remnants of the sectional tensions remained, however. Each Spanish-American War grave has the birth state written in large print.[1] It still remained very important to veterans, families and the public where a person was born. Studying these earliest non-prison graves provides a window into the turn of the century America. National pride was stoked by the victory and the a former prison—symbol of disunity immediately after the war—was the site chosen for the burial of valued and valuable dead soldiers.