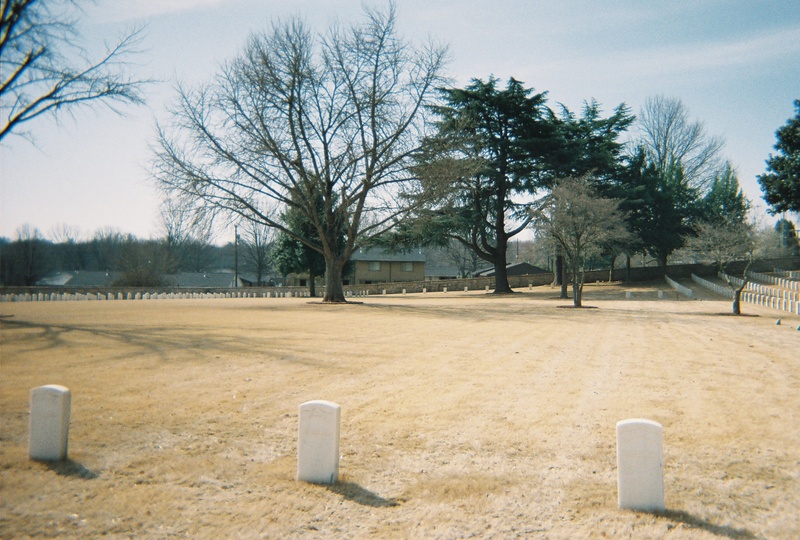 This open space at Salisbury National Cemetery is left for the buried trenches from the prison. The area is dedicated in perputuity to honor the thousands of unknown dead.

The campaign against Salisbury prison was not limited to court trials; former prisoners launched their own attacks on the Confederate facility. Benjamin Booth, an enlisted man, was transferred to Salisbury in November 1864. Captured in the Shenandoah Valley [burning Dunker farms] Booth and his compatriots were the most despised prisoners at Salisbury. He found a horrific scenario in North Carolina—prisoners were starving and had little medical supplies or clean living. Booth kept a diary throughout his stay, he reported guards shooting at prisoners and bayoneting them for fun. Damning the authorities, he called Salisbury a “dark hole” and counted the dead from each day. Describing prison life, Booth illuminated true depravity; inmates intimidated, attacked and murdered one another for any small amount of supplies.[1] After the war he went on speaking tours across the country preaching about the terrible conditions within the prison. He reported on scurvy, frostbite, gangrene and cannibalism. Booth’s testimony was well received across the country. 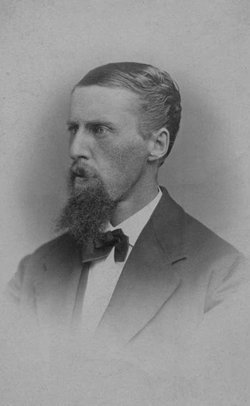 Robert Drummond was incarcerated at Salisbury prison and reported horrors for decades on speaking tours across the north.

Another prisoner, Robert Drummond, went on speaking tours decades after the war ended. Drummond spent even longer inside Salisbury prison then Booth. He reported on starvation, disease and abuse by the Confederates. In December 1864 Drummond made a brief escape and, “learned from personal observation that the region abounded in corn and pork. Salisbury was a general depot for army supplies.”[1] In a 1901 speech at Hamilton College, Drummond described “sick pens” where “the wasted forms and sad, pleading eyes of those sufferers…will never cease to haunt me.”[2] Blaming the Confederacy for their poor treatment, Drummond argued that the poor treatment of United States prisoners was intentional.

Men like Booth and Drummond were popular among northern audiences. Former prisoners went on speaking tours until the twentieth century and continually incensed the northern population against southern abuses.[3] Their listeners wanted to hear that the terrible lives of northern prisoners were a Confederate strategy. Northerners wanted to force blame on the former southern republic for Civil War prisons.

[1] Victor Taylor, The Religious Pray, The Profane Swear: A Civil War Memoir, Personal Reminiscences of Prison Life During the War of the Rebellion, by Robert Loudon Drummond, G.A.R.[Aurora, CO: The Davies Group, 2002],  65.

[2]Victor Taylor, The Religious Pray, The Profane Swear: A Civil War Memoir, Personal Reminiscences of Prison Life During the War of the Rebellion, by Robert Loudon Drummond, G.A.R. [Aurora, CO: The Davies Group, 2002], 66.