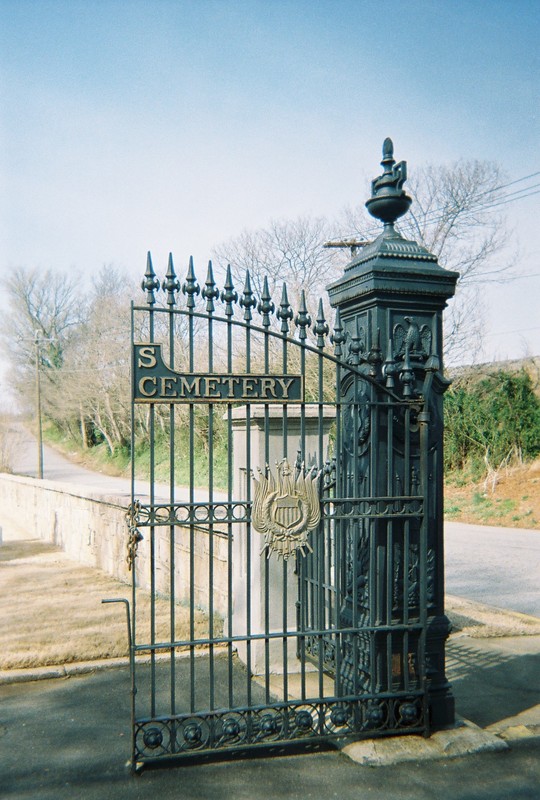 The wrought iron gate to the Salisbury National Cemetery

After the war the dead were treated as political tools or even relics. Foisting war guilt onto the Confederacy was accomplished partially through national cemeteries and monuments. The Confederacy lost the Civil War; emancipation and occupation were forced upon the defeated South, so was responsibility for the prison system. Since the prisoner exchange breakdown began over black soldiers, it was easy to pin the blame on the Confederacy. Northern criticisms of the US attrition strategy were muted since they brought victory.[1] Wirz’s trial and execution was only the beginning. National cemeteries were built only in southern prisons: Andersonville, Salisbury, Libby Prison and Belle Island. Northern prisons such as Elmira, New York did not get cemeteries for fifty years. The focus of most national attention was on Andersonville which had thirteen thousand dead, but Salisbury remained in the public mind. Though only 15,000 prisoners went through Salisbury, the official claim for the death toll was 11,700 which was an impossible number. In 1866 the United States purchased the former prison grounds for $4,000 and built a cemetery over the trenches under which the bodies were buried.[2]